If you’ve ever had the issue with a diagnostic laptop not connecting to a commercial truck or even off-highway equipment, you know how frustrating it can be. Often times, it comes down to the datalink itself. We are going to cover the basics of commercial truck datalinks, and we’ll have some future posts that explain, in detail, how to troubleshoot the various types of data links.

If you really want to step up your game and learn more about troubleshooting datalink systems, I'd encourage you to enroll in our Datalink "J1939/J1708" Troubleshooting for Technicians training course.

First and foremost, you need to know what a data link on a commercial truck or equipment is, and how we got to where the industry is today. When vehicles first went electronic in the mid-1990s, they would simply run wires between electronic control modules, sensors, switches, actuators, and other electronic components. It was simple and easy to understand. Below is an image of what a datalink looked like on the first electronic trucks.

However, this quickly became problematic. A single-engine actuator could have up to 8 wires to control it, and as you can imagine, having a large bundle of wires going all over the vehicle isn’t ideal. This is where multiplex wiring came into play. Manufacturers eliminated the number of wires, and we now had twister pairs running from modules to backbones. This also brought along the change from analog to digital communication on the network. The image here shows how the same modules now interact in today’s modern trucks. We call this multiplex wiring.

But what is a Data Link?

Now that we explained the quick history and difference between the old Analog and new Digital wiring configurations, let's get more into what a datalink actually is. At its core, a datalink is simply a type of digital communication. You have probably heard about how computers, at its base level, is just 1’s and 0’s. Every input you do on a computer, from using your keyboard, sending a print job to a printer, or browsing your favorite social media site, is all just 1’s and 0’s being sent through wires. A datalink on a commercial truck is no different. We are sending the raw data through a pair of twisted wires. Think of it like morse code for a computer, but it goes really, really fast.

As trucks and technology have changed, so too have the components that make these vehicles. For example, an electric door window switch used to just have the button a user would press, and it would send a series of 1’s and 0’s down the wire telling the ECM of the vehicle to move the window up or down. As more components have been added to vehicles, manufacturers have figured out it is better to place that ECM control in the device itself.

So, using our door switch example, you’ll find that today's modern door control switches have miniature ECMs inside of them. You may hear of these referred to as “Smart” sensors and switches. The advantage here is that these components, like the door switch, can now perform diagnostics on themselves and report back to the ECM when there is a problem with an input signal it is receiving, an output signal it is sending, or even a self-diagnostics on itself. This allows for quicker diagnostics, better reporting, and minimal wiring. These components now only need power, ground, and two CAN wires to talk on the vehicle network. Here are some examples of “Smart” sensors and switches.

As sub-systems, such as aftertreatment systems, get more complex, manufacturers are adding more ECMs to commercial trucks. While a truck with an emission system in 2007 had all of its components going directly back to the ECM, this is no longer the case. You’ll find that the aftertreatment sensors now report back to an aftertreatment control module, which handles all the functions for that system and communicates directly with the main truck ECM. These are the basic building blocks for a truck datalink.

So now that you understand what a datalink is, let's talk about the types of data links. In commercial trucks, let's start with the oldest and work forward. When trucks first became electronic in the early 1990s, the first standard was called the J1708 protocol. The other terminology you may hear it referred to is J1587. These are the older, simple trucks that use analog wiring. You can tell if a truck is using J1708 it if was built before 2001, and you’ll find a 6-pin connector in the dash that looks like this one: The introduction of J1708 was great, but it was quickly outgrown. Manufacturers were making more and more components electronic, and we also had other systems such as ABS, transmission, and cab controllers to deal with. The industry quickly realized that J1708 wasn’t fast enough, and wasn’t built with enough size in mind to handle what was coming. That lead to the development of J1939. The one important thing to note is that today's trucks still do use J1708. The network still works great for systems such as ABS, transmission, and diagnostics.

The J1939 standard was introduced around 2001. Some manufacturers went to it right away, others took several years to adopt and introduce it. You can tell you are working on a J1939 truck if you see one that has a 9-pin connector in the dash, as shown in the picture below. While J1939 was great, the industry moved faster than anticipated again. We needed more channels and faster speeds. More components were still going electronic, and the “pipeline” of traffic was getting maxed out. This introduced the new and improved J1939 around 2015. The connector was changed from blank to green to signify the change, and pins were slightly changed to prevent an older tool from connecting to a newer truck, which would cause problems. We have a much more in-depth blog post that explains the differences in the green vs black 9-pin. The one big exception to all of this is Mack & Volvo. They decided to NOT use the green 9-pin plug initially and decided to create an OBDII diagnostic port on their trucks. We call it HD OBDII. Although the OBDII port on a Volvo or Mack Truck looks exactly like one on a passenger vehicle, they are wired differently behind the scenes. Customers had to purchase special purple colors OBDII cables in order to connect diagnostic software with adapters. Today’s commercial trucks use data links, and the networks on them are called J1939 and J1708. The three diagnostic ports you find on commercial trucks are the 6-pin, 9-pin, and OBDII (Either wired normally or the Volvo/Mack HD OBDII). While it is true that vehicles have gotten more complex through time, they also have gotten easier to diagnose once you have the right tools and knowledge. Diesel Laptops offers a variety of online and hands-on training classes to help guide and train you on the information you need. 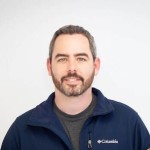 Dustin Carnes is currently the training manager at Diesel Laptops. Before that he worked as a technician at a Navistar dealer for 12 years with specialties in electrical and aftertreatment system diagnostics. During that time, he became Diamond Navistar certified as well as certified in many other engines and equipment such as Cummins, Mits Fuso, Eaton, Bendix and also ASE L2 master certified. He is currently working to develop and expand our training program across the country.